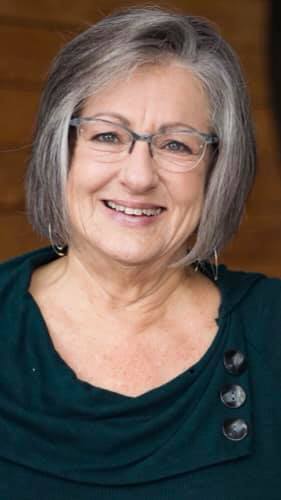 Ruth Lloyd (photo at left), our speaker for the October 23 regular meeting, is a 2nd generation child of Holocaust Survivors.  Come and hear her story of discovery at 2:00 p.m., at the main library in Canton.
Ms. Lloyd's parents never spoke about their horrific experiences.  She became interested in her family genealogy after her father passed away in 1992.  Her mother had already died, in 1979.  She found a box of papers and photos in the top of her father’s closet.  After looking through all the documents and photos, it sparked her curiosity and she had a huge interest in learning whatever she could about her parents and their family in Poland as well as their lives before the Holocaust. She had to find out more about the family she never knew.  After years of research she felt the need to tell her parents’ story and how she found her information.
Ms. Lloyd was born and grew up in Fort Worth, Texas.  She graduated from the University of Texas at Arlington with a Bachelor’s degree in Business/Marketing.  She worked for 40 years in the paper industry, where she excelled in customer service and sales.  She retired in 2017.  Ruth has been speaking publicly since 2009.  She has shared her family history with genealogy societies and schools.  She is a member of the Grand Prairie Genealogy Society and the Texas State Genealogical Society.
We are very much looking forward to this presentation!
Come to our meeting October 23!  Admission is free, and you don't have to be a member to attend.  Light refreshments will be served.

The Van Zandt County Genealogical Society held their annual all-day Fall Genealogy Seminar on September 25, at the main county library in Canton.  The presenter, Marynell Bryant (pictured at right, in green shirt, with VZ County Genealogical Society President Carrie Wilson Woolverton) is a well-known genealogist and lecturer from Sulphur Springs.  Ms. Bryant focused on what to do when family research comes to a dead end or "brick wall," when the researcher simply cannot find information on a particular ancestor or family line.
All genealogists are familiar with the dreaded "brick wall."  Because of the fragile nature of some records --some Census records have burned, many courthouses were destroyed in the Civil War, family documents are often lost--every genealogist eventually finds that he or she cannot find information in a particular family line past a certain generation; a great-grandmother, for example.  Ms. Bryant taught three classes at the Fall Seminar that addressed this problem directly.  She noted that, if a front-door approach to research won't yield results, try the back door!  She explained how one should pay close attention to any aunts and uncles and cousins whose names are known, and use the information found from those persons to double-back and find information on their own direct ancestors.
Ms. Bryant stressed that researchers must be meticulous in documenting their work and comparing the information they have gathered on all lines of research, particularly when trying to go around a brick wall.  Putting all one's data into a timeline, placing all individuals on a map in order to see migration patterns, and comparing detailed information on each cousin or aunt who might have been close to one's direct ancestors, can often yield answers that were hidden, or at least point to where to go for more information.  Ms. Bryant gave concrete examples of how she had solved seemingly impossible research problems with this approach.
DNA research is becoming vital to solving tricky family research problems, and Ms. Bryant devoted a class to how to use DNA along with traditional research to find ancestors.  She urged the seminar participants to embrace DNA research and put in the work needed to get the most out of this new genealogy resource.
Ms. Bryant also delved into the very interesting problem of finding information on ancestors who participated in the War of 1812.  Often called the Second War for Independence, the War of 1812 was fought between 1812 and 1814.  There are a surprising number of documents, such as 1812 veterans pension applications, that are available.
The seminar ended with a lesson by Ms. Bryant on how to read the often mind-boggling writing on old documents.  The seminar participants had fun trying to decipher old cursive script and unorthodox spellings on 18th and 19th century papers.  It was an amusing ending to a fun and informative seminar.
A boxed lunch from Schlotzsky's was included for everyone at the seminar, and plenty of free breakfast food, coffee, tea and snacks were available.  During breaks and lunch, door prizes were given away.  Prizes included genealogy programs, a hand-carved walking stick made and donated by Genealogy Society member Lawrence Greer, and a tour and overnight stay for two at Roseland Plantation, donated by Roseland proprietor and Precinct 4 Commissioner Tim West.
The seminar was also attended virtually by some participants, via Zoom.
Marynell Bryant taught journalism at Sulphur Springs High School for 35 years before retiring and devoting her time to genealogy.  She has Bachelor's and Masters degrees from Texas A&M.  With 30 years of experience in family research, she is the current chair of the Texas Heritage Certificate Program for the Texas State Genealogical Society, as well as being involved in numerous other genealogy and lineage societies and publishing the Rainey Times.  Ms. Bryant is an 8th generation Texan.
Above left: Attendees pose with some of the door prizes won at the seminar. Left to right, Suzie Bass, Marlene Ballard, Becky Rosson, Margaret Moffitt, Jan Crow.  Above right: Tammy Garrett, First Vice-President of the VZ County Genealogical Society, handing out door prizes during a break.  Below: Marynell Bryant teaching the seminar. 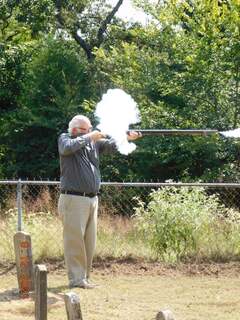 At Carter Cemetery on September 12, the Van Zandt County Genealogical Society  joined with the local chapters of the United States Daughters of 1812 and Daughters of the Republic of Texas in hosting a grave-marking ceremony for John Meeks, a veteran of the War of 1812 who lived and died in Van Zandt County in the 19th century.  The event was attended by local officials, the military, family of Mr. Meeks, and many well-wishers and members of the Genealogical Society and the 1812 and DRT organizations.  The local chapter of the Children of the Republic of Texas served as color guard.  The gravestone for Mr. Meeks had been cleaned and a special medallion was attached to the stone to signify his war service.
It was a great day, good weather and inspiring words by the speakers.  Some attendees appeared in period costume, and there was a demonstration of a muzzle-loading musket, a firearm that would have been common in the War of 1812.  The large turnout of Mr. Meeks' family was wonderful.
Photos: Above, members of the James Burleson Chapter, United States Daughters of 1812, the James Pinckney Henderson Chapter of the Daughters of the Republic of Texas, visiting members of state and local DRT and 1812 groups, and the Van Zandt County Genealogical Society, by the grave of Mr. Meeks.  At right, Scott McDonald demonstrates the muzzle-loading musket.  Row of three photos immediately below: Left, Sgt. Chad Meeks holds the U.S. flag for his ancestor.  Center, Van Zandt County Commissioner Tim West presents the proclamation from the county honoring Meeks.  Right, President of Captain James Burleson Chapter U.S. Daughters of 1812, Carrie Wilson Woolverton, speaks at the ceremony.  Bottom row photo, left:  Descendants of John Meeks standing beside the grave. Bottom row photo, right: Ella Guaqueta, President of the Texas Division of the U.S. Daughters of 1812, speaks at the ceremony.

Imogene Kirkpatrick, Van Zandt County Genealogy Society Board of Directors member, recently was awarded four First Families of Van Zandt County certificates.  Four simultaneous certificates at one time is a notable achievement, and Ms. Kirkpatrick was congratulated by Carrie Wilson Woolverton, President of the Van Zandt County Genealogical Society.
Ms. Kirkpatrick has deep roots in Van Zandt County.  Her certificates honor four couples who lived in the county before the Civil War: Mahulda Tunnell and Robert Wilson Berry; Cynthia H. Bickerstaff and Hugh Wise; Sarah Jane Wise and William Allen (Buck) Slaughter; and Sarah Frances Slaughter and Rufus K. Prestridge.  To be eligible for a First Families certificate, an applicant must be directly descended from someone who was living in Van Zandt County before December 31, 1860.  Applicants must be able to prove their descent with official records for each generation.
The fact that Ms. Kirkpatrick was able to prove up four families that were living in the county shows her dedication to family research, which she has demonstrated repeatedly over the years.  She is a genealogist, volunteer librarian at the Genealogy Library in Canton, and a longtime Board member of the Van Zandt County Genealogy Society, currently serving as Second Vice President.  She has worked tirelessly for the Genealogical Society.
Congratulations Imogene!

Library of Genealogy and Local History

Please call before making a long trip as there are some unforeseen circumstances that call for us being closed from time to time.

Van Zandt County Genealogical Society Events:
October 23, 2021 at 2:00 pm at the main library in Canton: Regular meeting of the VZ Gen. Society.  Speaker: Ruth Lloyd, 2nd Generation Holocaust Survivor. She has a remarkable story to tell about her journey of discovery as she researched her genealogy. Her story also reminds us of why we should NEVER FORGET this time in our history.
January 29, 2022 @ 2 pm. at Asbury Cemetery, close to Edom: We are adding a special marker to the grave of Adrian Anglin who is a War of 1812 Veteran, a Veteran of the Republic of Texas and one of the original 25 Texas Rangers.  He settled in Van Zandt County and was laid to rest in Asbury Cemetery.  We'll be partnering with local lineage societies on this special occasion.  Save the date!
Become a Member of the VZ Genealogical Society
Support local county/Texas history, make friends, achieve your family research goals even faster! Dues are $15 per year for an individual membership and $18 per year for a family membership.  Members receive our award-winning quarterly publication Our Heritage.
​ The Library offers four computers with internet access, Ancestry.com (Ancestry Library), History Geo, newspapers online, microfilm of local county newspapers, marriages licenses,  various other county records, and microfilm Census records (if you like researching the old-fashioned way).  We offer quite a few books relating to Van Zandt County specifically, and books of other Texas counties as well as other states.  We are a great little library for genealogy research.